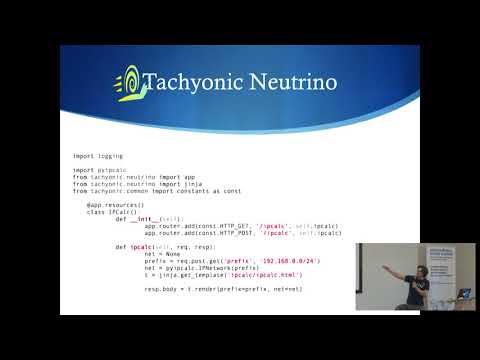 By: The authors of Tachyonic

Meet Bob. Bob is a Network Administrator at a Service Provider. As a well seasoned network engineer, he’s been building packet pushing networks since the days when IP shared bandwidth with IPX, Appletalk, DECnet etc. He is a well rounded network engineer with robust set of networking skills. He mastered making, shaping of networks with his tool set such as Spanning Tree, RAPS, Vlans, VXLAN and MPLS.

However, Bob’s world is changing. Networks are not what they used be. Today’s networks are growing more rapidly than ever. This means there are more devices to manage and also more data produced by these devices to work with. Doing things manually just don’t scale anmore. Bob has no other option to turn to automation.

In the Devops world these issues have been and are being addressed. The Networking universe is lagging behind. Standard Bodies and Vendors have started coming up with solutions such as Openflow and NETCONF, but there are limits.

Also, many Open source projects (most of them written in Python) and proprietary solutions have joined the scene, which we will talk about.

So Bob has options, but… none of them has all the answers. Except for one!

We have done all the hard work for you:

What you need to code

You may simply write the python you require, and plug it in! Single extendable portal, restapi framework does it all!

Where can i get more info?